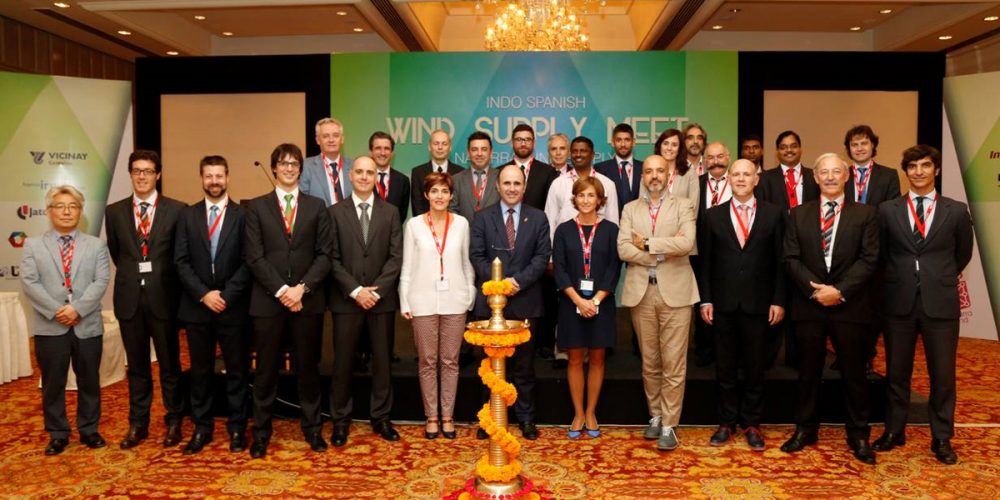 The industry of suppliers of the Navarra’s wind sector and the National Center of Renewable Energies (CENER) have reached the first agreements with the main Indian agents of the same scope, within the framework of the technical-commercial mission that, headed by Vice President Manu Ayerdi, has been developed in the Asian country.

The first technology transfer agreement between Fluitecnik and Wheels India has already been signed.(See)

In addition, the Navarra’s suppliers are very satisfied to perceive that their presence has aroused much interest in the Indian wind industry, so the prospects of realizing commercial agreements are very positive in the short term.

They are already working on the next commercial and institutional actions. Specifically the Windergy fair that will take place next April in New Delhi, where will participate the Navarra’s wind sector in a shared pavilion supported by the Government of Navarre.

The conference, held in a hotel in Chennai, has been organized to promote an exchange of policies, legislation and situation analysis of the Indian and Navarra wind power markets and to promote the display of technologies based in Navarre.

Before the attendees, the vice president has highlighted the strengths of the renewable sector of Navarre: 24.25% of energy consumption is covered with renewable and, in the specific case of electricity consumption, 83.67%.

“In the near future, Navarra will be a world leader in renewable energies with R+D+i experience,” said Ayerdi, who also summarized the objectives of the new energy plan of the Regional Community

Maintaining the essence of our beginnings, we have updated our brand image, choosing a clear, differentiating, universal and global symbol with an abstract, conceptual and futuristic proposal.

With this symbol we want to convey the values that have always defined us (unity, security, reliability and strenght) while maintaning the use of our corporate colors to create harmony with our logo.

When you see this symbol, Fluitecnik is there.